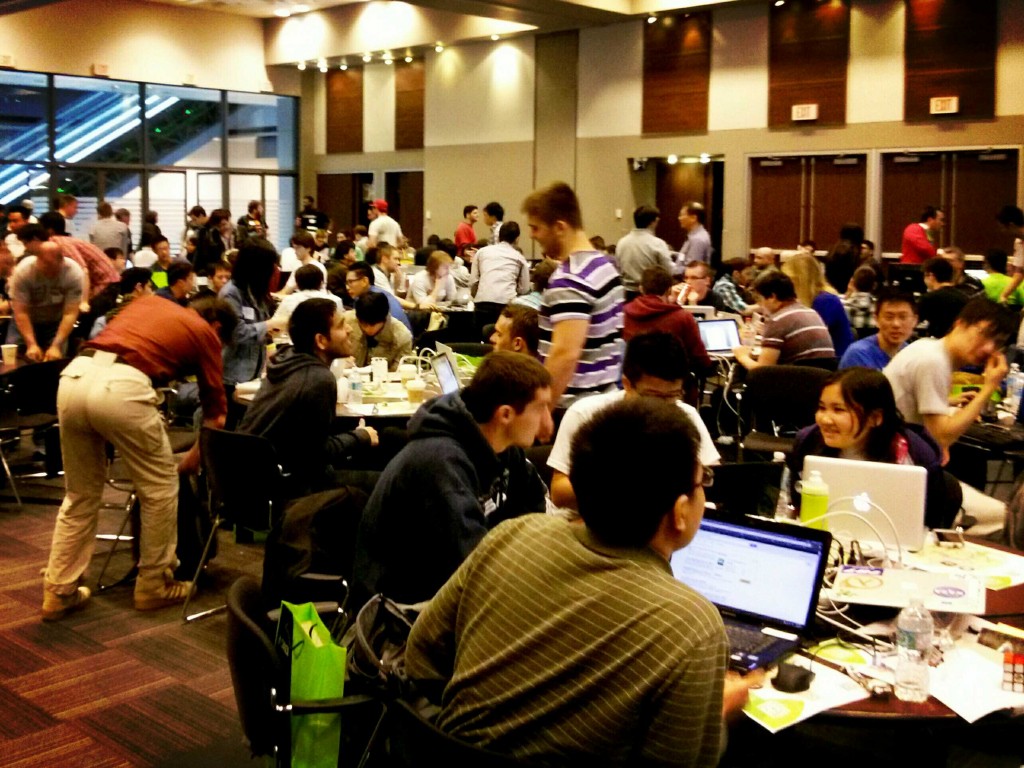 08 FebWhat Exactly IS a Hackathon?

According to Major League Hacking, the official student hackathon league, hackathons are “invention marathons.” Participants hunker down in one location for anywhere between 24 to 48 hours to create apps, websites, software or hardware. Some hackathons are exclusive to university students, while others are open to both students and professionals alike.

So why would people willingly go 24 to 48 hours without sleep, enclosed in a library or office? For those who enjoy them, the creative energy hackathons generate is infectious. When a large group of people set aside their whole weekend to collaborate and create, it leads to incredibly resourceful thinking that can be carried into daily life.

Generally, people create teams when they attend a hackathon. Often the teams are comprised of participants who have never met before. While this can be intimidating to some, it can also be incredibly freeing. You get to collaborate with people who have no preconceived notions about you and people who have ideas you’ve never dreamed of.

People also bring diverse skillsets to these events. Some may have years of coding experience but virtually no design skills, or have artistic knowledge with barely any programming know-how; some straddle the line between the two. It’s not necessary to be good at coding to attend a hackathon as mentors are brought in to help participants along the way. I knew virtually nothing about coding when I attended my first hackathon, but I learned a lot and was hungry for more. In my opinion, one of the most rewarding parts of a hackathon is seeing what these diverse skillsets can create.

The last time I went to a hackathon, I was completely blown away by what my peers created. One team created preliminary software that translated American Sign Language into text via webcam. Another team built an app that directed people without homes to community service projects that could earn them cell phone data. Personally, my group created a budgeting app that turned your leftover cash into tacos or lattes—there’s room for both innovation and levity.

Most hackathons end with a contest, where teams pitch their creations and winners are chosen for multiple categories. While it is nice to receive formal recognition for hard work, for me a small prize does not compare to the creative inspiration I receive at these events.

Recent hackathons in Tallahassee include hackFSU (http://hackfsu.com/), which takes place at Florida State University and is exclusive to students and recent graduates, as well as Trail Hacks (http://www.trailhacks.io/), which was open to the entire community. Trail Hacks aimed to create technology that would enhance outdoor experiences in Tallahassee, and even included a midnight bike ride.
If you’re interested in participating in future hackathons, check out these websites or visit Major League Hacking at https://mlh.io/. While not everyone is a coding genius, I participate in hackathons because it pushes my creative boundaries—and I think that’s something that’s good for everyone.